Odor control is an essential part of OH&S (occupational health and safety) operations for industries trying to keep up with increasing government emission regulations plus improving the conditions for users and residents in surrounding areas.

In most cases odor control solutions offered are air deodorizers which do not eliminate potentially toxic gases or when they do eliminate odors, hazardous compounds are introduced into the “cleaning” process.

USING O-SCENT IS NO COVER-UP.

While other odor control systems claim to hide or cover unpleasant odors, O-Scent has been proven to chemically convert foul and potentially harmful gases into non-odorous, non-toxic by-products.

Independent tests have verified that O-Scent is effective in the breakdown and reduction of hydrogen sulphide, ammonia, sulphur dioxide and ethyl and methyl mercaptanes and potential toxic gases which are the most common sources of bad odors.

O-Scent is so effective it often makes harsh scrubber chemicals and other odor control technologies unnecessary.

THE REAL STORY IS ALL NATURAL.

While the O-Scent formulation effectively eliminates odors, it’s natural, non-toxic make-up makes it gentle and non-threatening to the environment and users. O-Scent is completely organic and biodegradable and does not disturb the balance of environment that it works in, but aims to improve it.

Easy-to-install O-Scent dispersal systems are designed in a way that they require only minimum capital outlay and maintenance compared to other mechanically elaborate odor control systems. O-Scent is infinitely flexible in its application to a variety of industrial processes including oil refineries, wastewater treatment plants, processing plants, landfills and a wide range of industrial activities. Simple misting and fogging equipment is available to effectively apply O-Scent in any in- and outdoor environment. Because of O-Scent’s flexibility of application, existing odour control hardware can usually be adapted easily to disperse the product to required areas. This easy adaptation reduces further capital costs by keeping existing equipment from becoming redundant. 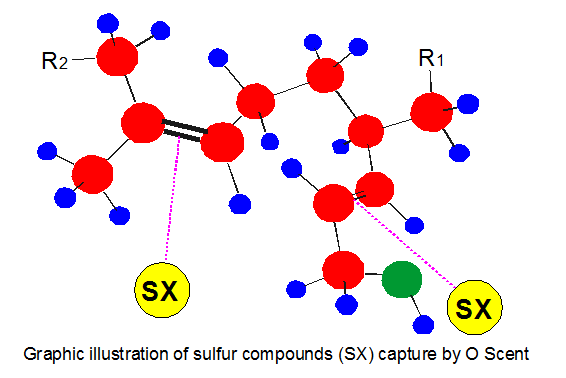 Indoors – O-Scent can be diluted and applied topically or locally to eliminate malodor in confined composting, water treatment, sludge treatment or garbage handling areas.
The treatment is an inexpensive solution which provides a more pleasant, productive work environment.

Outdoors – O-Scent controls odors from aeration ponds, lagoons and sludge pits. These cost effective systems are highly effective in breaking down odors and eliminating foul fumes that may spread into the surrounding areas.

Because O-Scent is very concentrated it can be diluted with water to achieve a lower concentration than other neutralizers which reduces operating costs.
O-Scent is so effective it can often replace air scrubbers and other more elaborate odor control equipment used to deodorise stack emissions. If scrubbers are installed O-Scent can still be used as a safe, effective odor control substitution for potentially hazardous sodium hypochlorite, caustic or blended cleaning solutions or as a secondary polishing agent.

Treatment of domestic wastewater generates odours which can be strong, persistent and a nuisance to residents, business and industries in the area of a wastewater plant.
Odors are generated in varying degrees throughout the treatment plant with the main odor-generating areas being the influent areas, clarifiers, digesters, aeration lagoons and sludge handling areas. Each plant has its own particular problem areas. All these areas can be examined and remedied with the use of O-Scent.

Odors which are naturally generated in the wastewater process include hydrogen sulphide, ammonia, carbon dioxide, skatoles, mercaptanes, amines and indoles. O-Scent can be introduced at any point in the waste system to control the odor including sewer lines, man holes, lift or treatment stations. O-Scent eliminates odors within the atmosphere but will not affect any bacterial actions that may be occurring in a liquid, sludge or soils holding areas.

O-Scent:
– Is a unique formulation to create a broad spectrum odor control liquid.
– works effectively against both organic and inorganic odors.
– is non-toxic, biodegradable and safe to use, even in the most confined areas.
– independent tests (OLfactometer) have proven that O-Scent drastically reduces hydrogen sulphide emissions to acceptable air quality standards.
– is not a masking agent and does not operate in the same mode as less efficient counteractants.
– creates a neutral atmosphere where the odour has been removed and no replacement odour has been created.

Where ever possible, existing odor control hardware will be used to apply O-Scent. Where no odour control system is in place, a complete site assessment will be carried out and a recommendation provided for equipment best suited to the needs. O-Scent can be applied into an atmosphere using a variety of flexible, efficient application methods. All that is required is a power source plus water or air supply.

O-Scent can be diluted with water at varying percentages/ratios and applied at a rate that will neutralise the offensive odor. Dilution rates within wastewater treatment plants average 150:1. The aim of O-Scent is to create a neutral atmosphere where there is no odor and no replacement odor. 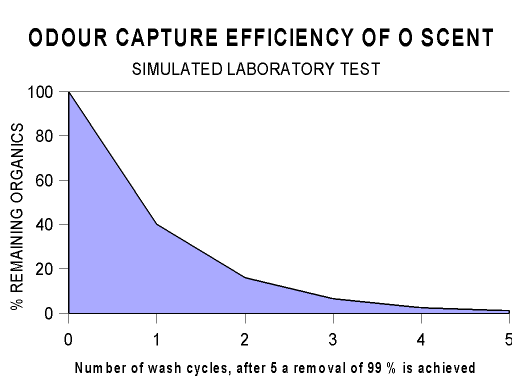 Once the O-Scent system is working effectively, there is little that needs to be done.
Most systems operate on an “as needed” basis where the systems are activated when the odors reach a certain measurable level or are started-up when air movements cause the odor to travel towards urban areas.  If the volume of the treated air varies, the system can be adjusted accordingly.

Contact us without obligation. We are happy to help you !